Have you ever had a blip in your network, or a temporary network outage?  Has your VMware vSphere environment recovered completely after that?  Or did you end up in an annoying situation where your network/FC storage (iSCSI, FCoE, NFS, FC) took a little "longer" to come up, as compared to your ESXi servers?  In such cases, you may end up with a situation where the VMs in your vSphere environment show up as "inaccessible".  One way to remedy the situation is to unregister each VM and re-register the VM's vmx file to vCenter or the ESXi host.  But if you have an environment larger than 10 VMs, this can become a tedious, manual task.  Within our QA environments, we often end up breaking things and need a fast, automated way to recover. 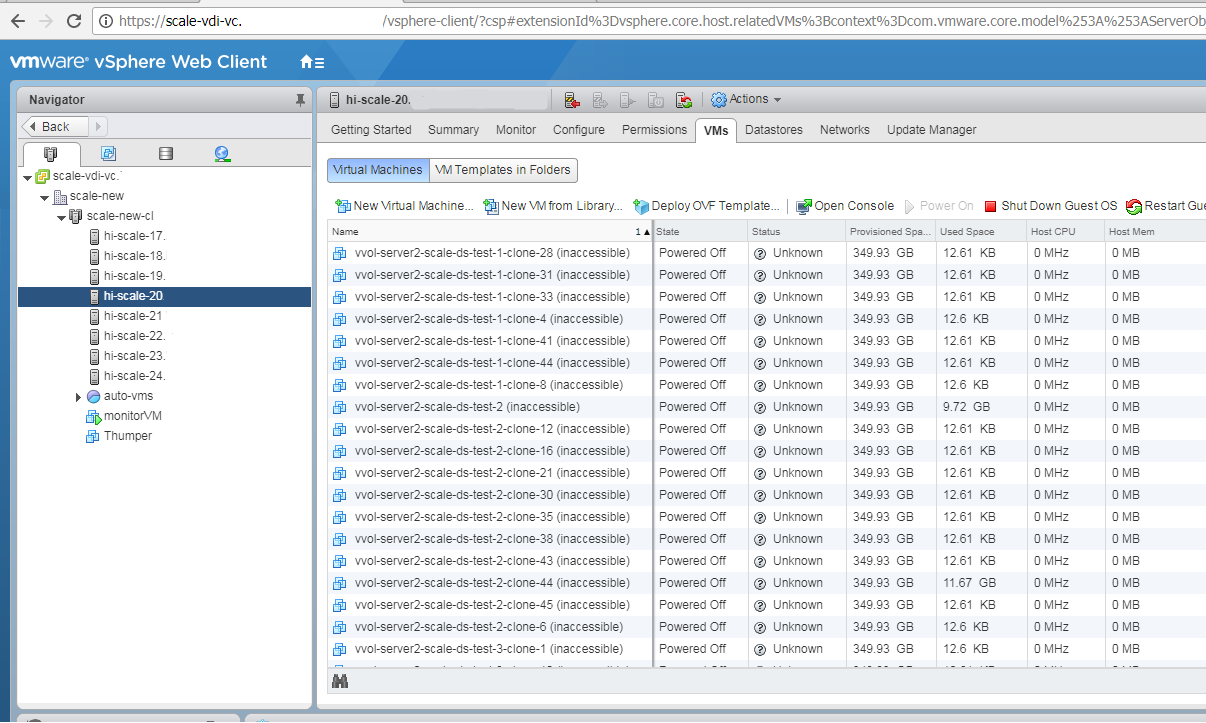 A one-liner script combining the two steps above, to be run on each ESXi server in your environment, as root:

In large environments, this can be a tedious job.  Within a QA environment with 8 servers too, we wanted this automated.  An option was indeed to configure password-less root ssh into each ESXi server, and run the script from a central desktop.  But we wanted something more secure, less error-prone and with fewer breaking points.

PowerCLI to the rescue

A little more searching fetched us a PowerCLI one-liner solution!  Logging in as administrator in your vCenter, you can execute this and it runs on ALL VMs in your inventory, on ALL ESXi servers.

Let's break it down to understand the parts of this one-liner:

Voila!  Just like that, your VMs are all back online and accessible!