Pete Flecha, Senior Tech Marketing Architect from VMware, joined us in the HPE booth at VMworld to discuss why VVols are simpler, smarter, and faster. 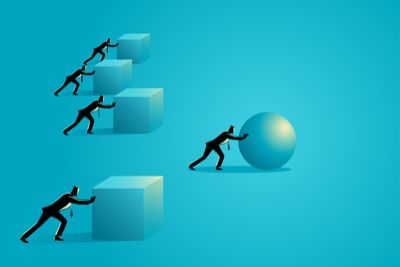 I've been a VMware vExpert for eight years. I don't try to fool anyone about how much of an expert I am but one VMware technology has had my attention for more than four years: VMware Virtual Volumes or VVols. VVols is pretty cool and I've used what technical skills I still remember—I received my BS in Electronic Engineering Technology in 1983—to understand and promote VVols. In fact, I got invited to Italy about three years ago to speak about VVols at the Milan VMware User Con and was really grateful to be told by a few of the event organizers (real VMware experts) that it was one of the clearest presentations about VVols they had seen.

In HPE Storage, we've been talking about VVols for a few years. In fact HPE was a development partner with VMware. VMware used 3PAR as its testing platform for VVols on Fibre Channel. Of the early development partners (all the major storage vendors), HPE was the only one that I"m aware of that built the VASA provider into our controller. I wrote a post about that a few years ago titled The 3PAR architecture matters: VMware VVols. Interesting to now see that many of those vendors who used an external VM as their VASA providers have now adopted our approach of building it into the array controllers.

I gave that background information to set the context for a video I have for you. At VMworld Las Vegas, we were honored to have Pete Flecha come to our HPE booth and present an update on VVols.  Pete works for VMware and is a Senior Tech Marketing Architect focused on storage and VVols. I grabbed my cell phone and my Zoom Handy audio recorder to capture the session. Pete's discussion centered on what makes VVols simpler, smarter, and faster than using LUNS with VMFS.

What's also cool is that Pete mentions that HPE Storage has one of the best implementations of VVols with 3PAR and HPE Nimble Storage. Here's Pete's 16-minute overview of VVols.

I also have a podcast version of the video. It's a bit longer than the video (I edited the beginning of Pete's session a bit) but it's essentially the same thing. If you prefer listening to a podcast, you can listen to it here or  download it by right-clicking here.

To subscribe to the podcast, open this link and click on the "View in iTunes" button under my picture. If you don't use iTunes, you can find my podcast on TalkShoe.com and it has just been added to Google Play Music as well.  On Google, you'll get "invited" to try Google Play Music for 30 days. Just click "no thanks" to get past this and get to the podcast.

I mentioned my VVols presentation in Italy from 2015. This happened less than 6 months after VMware released VVols in vSphere 6.0. An evangelist from another storage vendor came to me after my presentation and questioned why I gave the presentation I did (an overview). I didn't realize it then but that vendor didn't support VVols and in fact just started supporting it a few months ago.

I got a laugh out of a sign in their VMworld booth saying they are the fastest growing VVols vendor in the 2018. Hmmm, if I start 2018 with ZERO customers running VVols, you only need 1 customer to have your growth rate equal infinity. I say that with a bit tongue-in-cheek. I've heard their implementation is a good one but knowing they didn't release VVols support until 3 years after VMware released it gave me some insight into why my competitor didn't want me talking about VVols in Italy.

I've been asked to present at another VMUG in Europe in November - I'm hoping I can make that trip work and if I do, I'll certainly talk about VVols.

I was talking to Eric Siebert (my vExpert colleague in HPE Storage) at VMworld and he told me he plans on blogging about VVols; we saw an increase focus from VMware compared to last year. Eric also showed me some data that looks like HPE Storage (between 3PAR and HPE Nimble Storage) has more VVols deployed than the next 5 vendors. So our focus has definitely paid off!

You can see the recent VVols blog posts on ATSB here.