New, non-disruptive data in place upgrades for HPE 3PAR Storage unlock new architectural benefits while saving customers up to 40 percent over the cost of a new array—and with zero data migration. 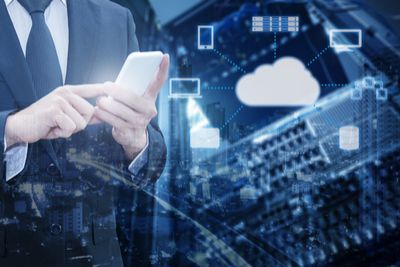 More than ever, companies today need to create cost-effective, data-centric organizations that run efficiently and seamlessly without business interruption. Enterprise storage, including highly available, high-performing hybrid and all-flash arrays (AFAs), has become foundational. That is because all businesses now expect fast, secure, and resilient access to data and applications to keep up with innovation initiatives and combat competitive pressure.

But with flash going mainstream, companies want to create an infrastructure foundation based upon more than availability and performance. With ongoing pressures to reduce cost, you also want certainty that you can derive the full value from the assets that you deploy into your infrastructure.

Until recently, this was a difficult expectation for storage vendors to meet, especially with AFAs. As flash architectures evolved, getting optimal performance out of flash capacity meant replacing the whole system every three-to-five years, even while flash media was only a few years old and still under warranty.  Replacing an entire storage array doesn’t always make sense, but this motion was a holdover from a previous era where periodic forklift upgrades and data migrations were to be expected—and planned for. However, as flash media and SSDs became mainstream, companies ended up replacing production gear that still had many usable years of life left in it. That fact, coupled with the substantial cost of acquiring a new enterprise storage array with a comparable amount of flash capacity, led to push back on the typical storage purchasing lifecycle.

This dilemma no longer holds true for HPE 3PAR Storage customers. With new, non-disruptive data in place upgrades for HPE 3PAR 8000-series arrays, you only need to upgrade your storage controllers to unlock a host of architectural benefits, such as improved CPUs, greater connectivity, and greater scalability. And you can forgo the data migrations, disruptions, and forklift upgrades previously required to enjoy such improvements. Using this capability, you now get the additional benefits you want while increasing the return on investment from existing storage assets.

Flash has flipped the traditional storage array replacement cycle on its head for several reasons. First, HDD-only arrays experience media failure rates that increase with time. As a result, media wear-out was always an issue. Second, new array controllers are more powerful and faster than existing ones. Therefore, it typically made more sense to retire assets from production and bring in the latest and greatest as opposed to just replacing certain system components, such as disks.

Hybrid and AFAs change this conversation. Unlike HDD-based storage arrays, they offer:

For the first time, it behooves companies to approach managing controllers and media within arrays separately. By taking advantage of features such as data in place upgrades for HPE 3PAR 8000 Storage, you can now decouple these two array components in order to optimize storage investments and minimize disruption. In so doing, you may preserve up to 40 percent of the cost of a new AFA by continuing to use existing SSDs. At the same time, you get the performance and scalability boost that new controllers have to offer. But perhaps most important of all, when data in place upgrades are able to take place completely online non-disruptively, like in the case of 3PAR, you are able to avoid the risk, productivity loss, and added cost of application disruption and data migration.

Data in place upgrades also give companies the opportunity to create continuity in how you manage underlying storage infrastructure. This simulates what companies might otherwise only find in the data centers of major cloud providers. Now almost any size company can lay this type of foundation while looking to build out the “data center of tomorrow.”

This is where HPE 3PAR’s heritage of serving the service provider market comes into play. HPE 3PAR now matches its competitor’s data in place upgrade offerings and raises the stakes by bringing the following features to the table:

For instance, enterprise companies may expect Active-Active multi-pathing for frontend hosts and backend SSDs to deliver optimal performance and throughput. In this case, HPE has offered Active-Active connectivity on 3PAR storage arrays since their inception over a decade ago.

Mature, proven, and enterprise-hardened, the HPE 3PAR 8000 Storage persists with this Active-Active connectivity as it introduces data in place upgrades. All paths to both the hosts and the disks stay active with no resources sitting idle waiting for a failure, planned or otherwise. Even should a path to disk go offline, it uses an Active-Passive configuration as part of its normal error handling procedure, so connectivity is never lost.

3PAR also uses metadata that is customizable for managing the data it stores. 3PAR 8000 systems already do a significant amount of data management and optimization behind the scenes. They use technologies such as compression, deduplication, thin provisioning, thin persistence, and thin reclamation, among others, to optimize storage capacity.

The data in place upgrade also gives owners of a 2-node 8000-series model the option to upgrade to a 4-node system. Using a two-step process, you first replace the two controllers on your existing 8200 model with two new controllers and then introduce an additional node pair. In so doing, you may continue to use existing storage media even as you put a more powerful and scalable controller configuration in front of them. In this scenario, that means a 10x increase in total cache when moving to an 8440. The number of supported SSDs quadruples when upgrading from the 8200 to the 8440 or 8450.

The best candidates for a data in place upgrade

Any company that has an HPE 3PAR 8200 or 8400 array is already a candidate for a data in place upgrade. In this case, you may already encounter one or more of the following challenges in your environment:

A foundation for the data-centric organization

You already know that hybrid and flash arrays provide you with highly available storage platforms that you can use to accelerate application performance, maintain privacy, and ensure on-prem security. But HPE’s introduction of data in place upgrades for its 3PAR 8000-series storage arrays opens the door for you to go in new directions. You can extend the value of the media in these arrays to ensure that you are getting the most out of your flash investments. You can non-disruptively upgrade your performance without disturbing production. You can scale them to handle greater applications workloads, giving existing assets a new lease on life.

You will find that the broader implications of HPE’s 3PAR data in place capability come in how it equips you to create and maintain the desired data-centric organization. By HPE coupling this feature with its all-inclusive software licensing, predictive analytics powered by InfoSight, and the many other benefits mentioned here, the 3PAR 8000-series storage arrays become the business enabler that companies want and need enterprise storage platforms to be.

It creates a common, central platform upon which you can confidently host your applications and data today. Equally importantly, it positions you to grow your business into the future—knowing that you already have the key features in place to deliver on your needs, backed by HPE’s commitment to continuing to deliver on its requirements going forward.

HPE Storage’s Andrew Murphy has more to say on the data in place topic in his recent blog: Peace of mind in your data-driven world: Introducing data in place upgrades for HPE 3PAR

Meet Around the Storage Block guest blogger Jerome Wendt, President and Founder, DCIG. Jerome Wendt is an experienced IT professional who has published thousands of articles covering the enterprise data storage, data protection, and hyper-converged markets. He created the original DCIG Buyer’s Guide. Since then, millions of Buyer’s Guides have been distributed and used by companies worldwide to aid in their enterprise technology buying decisions.