Business can’t afford to be unavailable. That’s where HPE NonStop comes in. Catch up on the latest with these fully integrated, fault-tolerant systems delivering high availability and scalability. 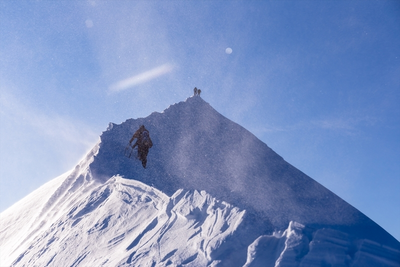 When it comes to any activity we pursue, whether it’s baking simple cupcakes or something more complex like learning how to sail, we tend to track how we perform. It’s normal to think in terms of improving with time.

Along those same lines, when it comes to IT and how IT professionals tackle the challenges that arise in their daily jobs, the capabilities of their systems is of paramount importance. Given the world around us, technology and IT are driving business, so it’s just as normal for any enterprise to look at how effectively it is competing in the marketplace and just how big a contribution its IT professionals are making. Delivering a dominant offering, in any sphere of the business, resonates well with customers, management and shareholders. There isn’t a single enterprise that wouldn’t like to win in whatever field of endeavor it considers its core business.

To become dominant in any field of endeavor means you have outperformed your peers. With the focus today on hybrid IT and on bringing a cloud experience to hybrid IT, HPE is setting the stage for what future data centers will look like. It is important for the broader IT community to remember just how well the HPE NonStop architecture meets the flexible provisioning options data centers now depend upon.

Although HPE recently introduced NonStop Dynamic Capacity (NSDC) for even greater flexibility to a processor’s core usage, people often forget that with NonStop you can actually add CPUs and major components to the system without a coldload (or restarting the system). This feature has been around for more than 10 years and yet some people are unaware of it and some customers still plan downtime to add CPUs to their NonStop system.

It is worth remembering too that there has been a history of working with customers that first became evident in the dark days of Black Monday when the stock exchange struggled to keep up with orders—working NonStop systems were pulled from the local offices and plugged into those running the exchange and without taking an outage the additional capacity was tapped immediately.

Since those times, “the architectural changes made when the NonStop Availability Architecture (NSAA) was released is the framework we still have today,” wrote Mike Piasecki, NonStop professional services consultant, who is never far removed from customers depending on this attribute of NonStop. “It is how the system evolved from being hard coupled between the OS and underlying hardware to lose all previous coupling between the OS and the hardware layer below it.”

The NonStop OS, as pointed earlier, has all the intelligence built in to quickly recognize and integrate extra capacity in any form, without downtime. The large, high-end NonStop systems have an inherent capacity to scale up—they are offered in 2, 4, or 6 core (per processor/NonStop CPU) based software licenses. A customer can thus start small, and gradually increase the processor/core capacity based on the business growth.

The ability to do just this was leveraged by one large European financial institution to their advantage as was reported in the case study Multinational Bank Invests in HPE NonStop X for Assured Processing.

According to the product owner at the large European bank, “In the same HPE NonStop environment we have now, we can grow our CPUs two and a half times, and on top of that get 300% more cores. On the same CPU, we can gain two to three times the power without changing any of our software.”

To further grow the ability for NonStop to scale up, HPE recently introduced NSDC for even greater flexibility to processors’ core utilization and in doing so, relegates the task of scaling up the performance of NonStop to just a couple of commands to turn on additional cores, temporarily. A license for NSDC is required but when in place, cores can be increased from two to four and even to six. With just a simple command if you already have two cores you can go up to four cores and should you have four cores then you can step up to six cores.

Major subsystems including TS/MP (Pathway), NonStop SQL/MX and the applications that depend upon them automatically begin using the additional activated processor cores as it is the NonStop OS that recognizes the availability or even the removal of these cores. And the additional cores can be turned on or off for a day whenever needed during the year. The time window does not need to be contiguous but can vary based on the needs of the business.  Customers can buy 30 to 120 days of higher core per year in 30-day increments and use those higher cores whenever they need the higher capacity.

Providing access to additional cores already present within the processors is beneficial to those NonStop customers looking for the temporary relief these cores can provide. However, it also serves as a more powerful reminder of just how well NonStop supports the resource flexibility expected from the cloud experience that comes with the NonStop servers that support this functionality.

Justin Simonds, HPE master technologist, wrote of his own experiences with scaling out a large NonStop system in his July-August 2020 article in The Connection magazine, NonStop Trends & Wins: “Some of our financial customers process unemployment checks for various states. At the start of 2020 unemployment was at a 50 year low; these systems were just idling. Then Covid-19 was upon us and unemployment rose to over 20%. The (NonStop) systems had never been sized for that type of load. A call came in on a Friday afternoon from the customer worried that the systems could not process the amount of data flooding in and unemployment checks, which were badly needed, might be delayed. NonStop support was able to immediately license them for more cores - an example of scale up. This does not require any reload and enabled the customer to immediately gain twice the computing horsepower.”

However, this was only the beginning of the story and one that has been repeated numerous times of late. NonStop has been able to deliver levels of performance immediately with no negative impact on the applications themselves. As Simonds explained:

“Adding cores alone would not solve the crisis so support shipped systems over the weekend from our inventory and installed processors and storage CLIMs onto multiple production systems while they continued to run - an example of scale out. The customer was able to get the unemployment checks out in time and eventually generated a purchase order for the additional equipment.”

This is a story that illustrates how the scalability of NonStop has helped it to achieve dominance over its peers when it comes to ensuring that additional capacity is always at hand – either scale-up or scale-out. The combination of an integrated software stack working together with the hardware is a great validation of the visionary architecture of NonStop.

With HPE’s stated goal to be a world leading edge-to-cloud platform-as-a-service company by the summer of 2022, its interest in edge-to-cloud isn’t just focused on delivering cloud solutions so much as it is on ensuring enterprises can enjoy a cloud experience. One of the more prominent virtues championed by cloud services providers is the elasticity of provisioning, whereby ensuring there is enough resources on hand to address any changed business environment. Whether the requirement is for more processing, memory, storage or network bandwidth, they have the situation in hand.

For the NonStop community we have understood for many years that availability is what attracts IT professionals to NonStop systems today, but it is the scalability that ensures NonStop keeps meeting performance goals set by the enterprise. This combination is unique to NonStop and as such, has led to the dominant flexibility of NonStop through the decades.

There is no denying the influence that hybrid IT and the cloud experience are having on enterprise data centers, but knowing that part of the hybrid will continue to be NonStop, it is perhaps more newsworthy that at the physical level, the cloud experience already lives and thrives with NonStop. We are working on new ways to leverage this capability in HPE GreenLake offerings for customers—but that’s a topic for another time!

Learn more about the HPE NonStop family of systems.