Traditionally SAP HANA uses volatile memory and synchronizes it with the persistence level on disk using mechanism like save points. One disadvantage to this approach: During an SAP HANA restart all data must be reloaded from disk into memory and it can take a few hours until all data is back in memory. This can impact business-critical data which is processed and analyzed at very high speed.

Imagine your systems are utilized as disaster recovery or an all-DRAM system. If a server needs to be restarted, you must wait for data to load from storage before accessing SAP HANA—which can be over an hour for large databases. Time lost for data to load can take hours. IT will need more time to bring the up the system and users will experience drop is application speed.

The major concerns boil down to this: The time taken by SAP HANA database to restart and load data back into memory. To address this, we would like to introduce HPE Superdome Flex Servers with SAP HANA in-memory database with next-generation HPE Persistent Memory kit featuring Intel® Optane™ DC persistent memory.

With the combination of HPE Persistent Memory and HPE Superdome Flex Server solution, not only the SAP HANA restart times can shrink to minutes but also bring up of the applications will be reduced from hours to minutes. This reduction of downtime will increase the performance when compared to an all-DRAM system.

As shown in the Figure 1, HPE Persistent memory will be used for the main storage of column store table that is typically the most important factor for data space consumption in SAP HANA environments. Other aspects like delta storage, caches, intermediate result sets or row store remain in Dynamic RAM (DRAM). 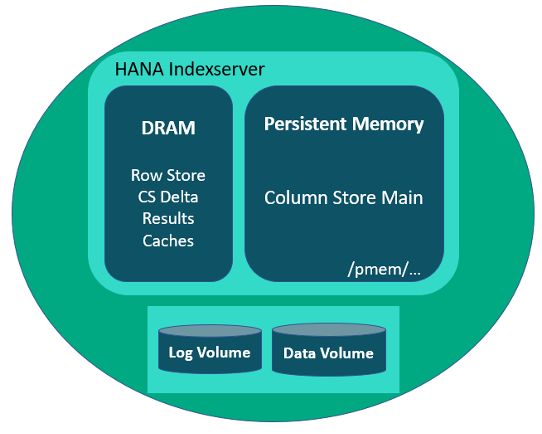 Persistent memory possesses properties of both dynamic random-access memory (DRAM) and storage, but it doesn’t replace DRAM. As shown in Figure 1, it can be viewed as a tier between DRAM and flash storage. What really makes HPE Persistent Memory technology stand out is that it is fast enough for the processor to access directly without stopping for the block I/O required for traditional storage. 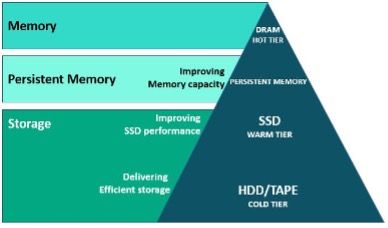 HPE Persistent Memory modules are available in following sizes with this solution and supports maximum of 1.5TB per processor socket persistent memory capacity:

What is DRAM to HPE Persistent Memory Ratio?

In conclusion, the key performance benefit is in greatly accelerated start-up times. This ensures that data can be quickly reloaded into memory and any system downtime can be minimized. The solution offers the additional higher memory capacities per server which allows to run larger databases. It also provides you an exceptional advantage of increased CPU scalability with HPE Superdome Flex Servers, ranging from 4 sockets to 12 sockets.

The need of replacing a system for outgrowing capacity can be avoided, meaning HPE Superdome Flex Servers can start small and scale up as the needs increase.

Badri is mainly focused on creating solutions and certifications for enterprise use cases around SAP and/or SAP HANA technologies, besides being a technology evangelist, he is also an automobiles enthusiast and loves to travel around the world and capture the beauty of nature in the lens.