Explore how NonStop is taking great strides in the area of application modernization with DevOps. Innovating on the platform or scouting for fresh talent to support, sustain, and develop new solutions on NonStop is now as flexible and easy as any modern IT platform in your data center. 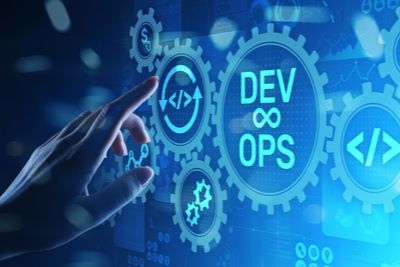 control tools, creating build files, and writing TACL scripts. These were the secret sauce for source code fed into compilers to generate new object files to run. Thus was the magic performed by engineers in customer shops all over the world and in the same way year after year with little evolution.

As the years have rolled by, many of these “magicians” are now reaching retirement age and causing a growing number of the faithful NonStop customer base to ask: “Can today’s newly minted software developers  keep the magic alive for NonStop?”

Welcome to the world of modern IT, where speed, change and adaptability have become synonymous and transformation is the new normal. The scope of IT is so broad we can be forgiven for being unaware of everything taking place in the industry. Such is the case with DevOps, which is the set of practices that brings together software development and operations through tools and technologies to accelerate the development of new applications and sustain applications in use.

For companies striving to remain competitive in a world that demands rapid deployment of enhancements, modern day DevOps holds the key to timely delivery of applications. DevOps builds upon evolving methodologies to deliver an application into the real world in increasingly more automated ways. More than a suite of tools and disciplines, it’s a speedier improvement over former practices and expectations. Old IT traditions that considered applications running untouched for five or more years to be an accomplishment have been replaced by DevOps, where we can rewrite or enhance applications quickly to keep pace with ever-evolving business dynamics.

The old paradigm of design, code, test (unit and then integration), document, package (including operational scripts as necessary) and then deploy have been upended, with design often occurring well after coding has started and testing happening continuously.  With DevOps we are embracing a pipeline approach whereby a chain of elements leads to eventual deployment and where gateways or filters open backchannels that help coders fill gaps and see more clearly the additional steps needed.

DevOps didn’t suddenly appear—and as champions of DevOps note, it has been with us for a decade.  What has changed, however, has been the investment focus across IT. Today budgets are increasingly earmarked for DevOps training and education and the number of staff devoted to DevOps is well past critical mass.

Many CIOs understand the value proposition of HPE NonStop systems for mission-critical applications. Where questions arise is how to find enough people with skills to continue to support and innovate with NonStop. These questions come, however, from expectations that new people will pick up old methods established by those aging magicians, a 25-plus year old model and approach from the past.

IT organizations have many options for implementing and optimizing applications on HPE NonStop servers using DevOps tools.  For instance, you can use Git and GitHUB to build applications and store in a repository. Jenkins provides an automation server supporting the creation of pipelines. Nexus and Artifactory can be used for artifact repositories. And Ansible is ideal for making applications production-ready.

What may also surprise CIOs is how DevOps tools like Git and Jenkins can be used to develop applications even as NonStop developers directly interface with products like Ansible. What may surprise IT management even more is that NonStop engineers actively use GitHUB, Jenkins, Ansible and other open source tools for DevOps to deliver many new offerings for the NonStop platform.

And there is more to come. A new Ansible-based NonStop Manageability Framework (NSMF) is currently being created to help customers configure and deploy NonStop as well as manage HPE supplied software products on NonStop. Successive NSMF versions will also progressively add to the list of products that can be configured and deployed using Ansible.

Innovating with NonStop today can be as flexible and easy as any modern IT platform in your data center. HPE’s commitment to DevOps shouldn’t come as a surprise to anyone as NonStop has a history of leadership dating back to the first truly distributed SQL database. DevOps is making today’s magicians more powerful than ever to deliver amazing fault tolerant solutions on NonStop, the ideal platform for always-on mission-critical environments.