New tool in VCenter 7.0 keeps you happy and your HPE infrastructure healthy! 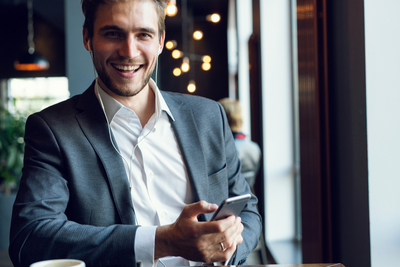 Who doesn’t like new stuff that makes life easier? From the robotic vacuum to the smart thermostat, I’m all in with tools that allow me to do things faster and more efficiently.

VMware vSphere LifeCycle Manager (vLCM) falls into this category. It is a new tool in vCenter 7.0 that provides an innovative way to upgrade and maintain your vSphere environment, running on HPE Synergy composable infrastructure. Previously, you could use vSphere Update Manager (VUM) to update ESX host software and drivers, but it did not provide any capability to perform firmware updates. This meant you needed multiple maintenance windows and processes to get an entire cluster updated.

To complete the full lifecycle management picture, HPE is introducing a new vLCM solution that will be integrated as part of HPE OneView for VMware vCenter (OV4VC) running on HPE Synergy. OV4VC is an appliance-based plug-in that extends HPE OneView functionality from within the vSphere interface. OV4VC is adding a new feature called the HPE OneView Hardware Support Manager (HSM) plug-in for VMware vLCM. This new feature will enable the robust firmware update capabilities of HPE OneView to be used as an integral part of the vLCM update process. This is all driven from the vSphere user interface, so there’s no need to switch back and forth between vSphere and HPE OneView. The HPE OneView HSM can also be used as the basis for VMware Cloud Foundation (VCF) solutions via the respective domain vCenter Server for HPE servers managed by HPE OneView.

vLCM introduces the concept of a desired state Cluster Image, which is a precise description of the software, drivers, and firmware that you want to run on each host in the cluster. The Cluster Image provides a definition that includes the ESXi Base Image, vendor specific drivers, and host firmware. The HPE drivers and firmware are provided using the HPE Service Pack for ProLiant (SPP). All hosts in the cluster are compared against this single Cluster Image reference. By adding the ability to perform host firmware updates, vLCM reduces the number of maintenance windows and applies a consistent method for the cluster update. (See screenshot below.)

vLCM also lets you run a compliance check before launching the updates, which allows you to see which components are out of compliance with the Cluster Image. This helps manage configuration drift and keep all cluster hosts at the same configuration level. (See screenshot below.)

The HPE OneView HSM is fully integrated with both HPE OneView and vSphere, providing an ideal lifecycle management experience for HPE Synergy. Server registration and certificate handling for vLCM is done as part of the initial vCenter and HPE OneView configuration, so you don’t need to provide individual server credentials or certificates. The firmware upgrade portion of vLCM is handed off to HPE OneView to do the actual firmware upgrades, while vLCM handles the non-disruptive orchestration of VM migration, maintenance mode, and reboots.

HPE and VMware are continually working together with creative and innovative solutions like vLCM and HPE OneView HSM to ensure your HPE composable infrastructure stays healthy and you stay happy.

Doug de Werd is the worldwide product manager for the HPE OneView partner integrations  for Microsoft and VMware. Doug has been with HPE for over 33 years, with previous roles including technical marketing for Windows virtualization, high performance computing, high availability clustering, international engineering support, and technical training.