Want to move to private or hybrid cloud but worried about your mission-critical applications' availability, scalability, and security? Learn how your trusted HPE NonStop systems have evolved for private cloud deployments with HPE Virtualized NonStop.

Virtualization is real. In a world where we have grown accustomed to virtual meetings and virtual tours and virtual wallets 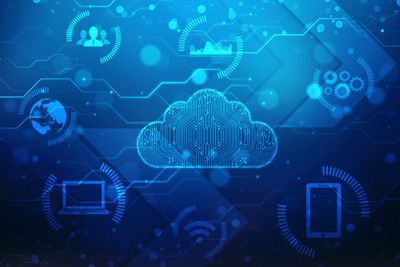 along with virtual cards, we have seen the progression from physical systems to virtual machines take hold in ways that mirror what we accept in the real world.

This progression continues as today we have executed a major transition for HPE NonStop systems to now give enterprises everywhere the ability to deploy NonStop virtually, as a software stack running over a hypervisor, on servers provided by HPE or on another vendor’s x86 servers. HPE Virtualized NonStop opens the door to possibilities never before imagined for NonStop: We are providing NonStop as the best solution for both worlds—traditional and virtualized. Supporting mission-critical applications on private clouds is now possible with the all-important attributes of availability and scalability being preserved.

If the thought of deploying NonStop within a private cloud hasn’t yet entered the conversations you may be having with your IT organization, take a look at our latest video:

As the video states, for decades HPE NonStop systems have been the platform of choice for mission-critical applications that absolutely cannot tolerate any downtime or data loss. Delivering NonStop as private cloud solution was an opportunity not to be missed and furthered HPE’s commitment to solutions for the hybrid cloud. IT standardization was also a focal point in developing Virtualized NonStop so that companies can keep using the very same automation, orchestration and management tools that were already in use. In addition to facilitating support, standardization further helped customers protect current investments.

“We have always been looking at ways for customers to further leverage NonStop and that came in several guises,” said Karen Copeland, Manager, HPE NonStop Product Management. “Development opportunities for our NonStop team included working with a large European enterprise as well as our own IT organization within HPE.  It became clear that our migration to an INTEL x86 architecture gave us an easier way deliver fault tolerance to a broader market and with other operational methods. Of course we used input from our customers to guide us toward supporting Virtualized NonStop on VMware.”

HPE Virtualized NonStop: the best of both worlds

One very important question is commonly asked by the NonStop community: Were there any tradeoffs made in bringing NonStop to the world of virtualization? As Karen assures when addressing the market opportunity, customers, partners, and prospects alike were consulted with the understanding that NonStop users will “get the best of both worlds—the proven fault tolerance, security, and massively scalable performance of HPE NonStop coupled with the flexibility and agility of hybrid cloud.” To overcome any potential tradeoffs, NonStop development leveraged the presence of virtual machines (VMs) to tackle the same availability challenge traditionally solved by “physical” machines.

"Get the best of both worlds—the proven fault tolerance, security, and massively scalable performance of HPE NonStop coupled with the flexibility and agility of hybrid cloud.” -Karen Copeland, Manager, HPE NonStop Product Management

When running Virtualized NonStop, anything associating with the backplane and the fabric is replaced by the hypervisor. In the case of VMware, IT is able to configure multiple virtual machines that include not just NonStop processors but also the all-important I/O servers supporting storage and communications, otherwise known as CLIMs. Should there ever be a failure of a hypervisor when running Virtualized NonStop, the system treats this as no different to a failure of a physical server with converged NonStop.

Numerous companies are now evaluating Virtualized NonStop in private clouds in tandem with traditional NonStop environments on conventional dedicated systems. Having the best of both worlds opens new possibilities for delivering fault tolerance to a myriad of applications, streamlining deployment, and lowering costs.

Virtualized NonStop is now real and ready for hybrid cloud solutions across your enterprise.

Meet blogger Vikas Kapoor, MCS Marketing Manager. A product marketing manager within the MCS group at HPE, Vikas has always marveled at how these robust systems are the life-line of mission-critical applications since decades and continue to remain so. Ranging from software, hardware, database to even the latest technology solutions such as blockchain, he has never had a dull moment in this MCS world.