HPE is one of the major sponsors of a worldwide roadshow featuring Microsoft SQL Server 2017 on Linux. There, companies like yours will learn about using SQL Server 2017 to capture and store data and transform it into valuables insights at the speed of business. The roadshow is scheduled to visit 18 major cities on four continents: North America, Europe, Asia, and Australia plus New Zealand. Along with HPE and Microsoft, Red Hat and Intel will present.

As part of the HPE server team, I can tell you we’re very much looking forward to presenting information about our top-performing, record-setting server platforms for SQL Server. We continue to lead for SQL Server 2017 on Linux as:

We’ll be focusing on two breakthrough HPE platforms during the roadshow, HPE Superdome Flex, and HPE ProLiant DL380 – the world’s first scalable persistent memory database server.  They are also my focus in this post.

High-end results for departmental to moderate-size core IT environments

The results speak for themselves. HPE DL380 Gen10 with Scalable Persistent Memory: 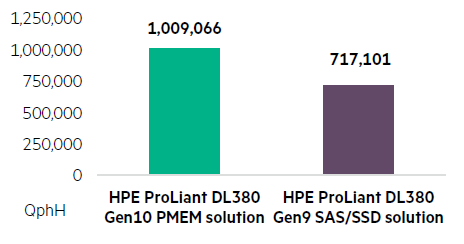 Additionally, our portfolio includes the option for customers to utilize the unique scale-up, modular architecture and provided by HPE Integrity MC990 X and Superdome Flex.  As Linux platforms for SQL Server, they offers unparalleled scale and flexible modularity for data-intensive Linux applications. They help empower real-time analytics and accelerate business outcomes, delivering unparalleled scale for in-memory computing, and unprecedented modularity.  We are excited to share details on the many choices available for customers seeking SQL Server on Linux based solutions

Attend the SQL Server 2017 on Linux roadshow nearest you to get all the details of this breakthrough solution. Here are the locations and dates:

Wendy is product manager dedicated to developing HPE mission critical solutions based on Microsoft technologies. She holds a Bachelor of Computer Science from the University of Minnesota and an MBA from Seattle University.